Sarah Higgins is a current Wentworth Senior majoring in Computer Science. Here’s what Sarah shared with us about her co-op experience:

Where was your co-op? What was your job title? & What interested you in this company/the role?

My first co-op was with Jibo as a Build Tools Software Engineer.  I only knew that I liked writing code and problem solving, and I knew there were teams at the company that would provide me with opportunities to get better at both.  I lucked out with Jibo because I was not only reassured of my choice to go back to school for Computer Science, but my mentor and the people I got to work with were incredible.

My second co-op was with Validity.  Although very different from Jibo, I knew that they were looking for a software engineer to complete tasks similar to what I had worked on at Jibo, so I applied and luckily got the job.  I also intentionally wanted to take on a role in a different type of work culture environment to see if it would help me figure out what I like more in a company environment for when I graduate.

I took a Computer Science course while I was majoring in Mechanical Engineering and loved it!!  The puzzles and problems we got to solve, learning about logic gates, and basic programs written in Java came easy to me.

I have been a hairstylist for the past 10 years and I knew that I always wanted to go back to school, but it’d have to be worth the investment.  A few of my friends are mechanical engineers and after talking with them about what their jobs are like, I thought I’d like it and wanted to give it a try.  After learning that it takes almost a semester’s worth of time to see what feels like an ounce of progress, I realized I hated it.  Coming from an industry where the longest I’m with a client is about 3 hours, that wasn’t going to cut it.  Solving problems in as little as 30 seconds with writing programs and logic was far more fun, so I switched my major and dove in to a new found passion.

What did you need to focus on inside or outside of the classroom to be successful as a candidate?

Time management. While I was at school Monday – Friday seeking co-ops, I’d allot an hour each day to specifically apply for co-ops, which meant also writing a lot of cover letters.  For my first co-op, I think I sent out almost 45 applications.  I heard back from 5 companies for interviews, and I received 2 offers.  One was in Providence, and the other was Jibo here in Downtown Boston. Because Jibo was a shorter commute and the company product seemed way cooler, I accepted that one.

For my second co-op, I only had to apply to about 10 companies before I heard from Validity.  The second time around is much easier, as everyone told me.  Once you’ve gained professional experience, it’s not as stressful applying.

What was a typical day like at your co-op?

My typical day at both Validity and Jibo were very similar. I’d arrive at 9am every day and we’d have a daily stand-up.  Stand-up is a brief 5-10 minute meeting in which everyone on your specific software engineering team will say what they have accomplished since the last stand-up, currently working on, when they anticipate to have that completed by, and anything blocking progress from happening.

I’d then continue working on whatever project my mentor had assigned to me. It never took me more than a week or two to complete a project he would give me.  My mentor would check in with me frequently via Slack or by coming to my desk to see if I was stuck on anything, and always gave me feedback on whatever I was working on.

I’d be a part of meetings throughout the day, too.  Even though I was a co-op, I was treated like every other full-time working member of the team.  If the project that I was a part of required me to get more information from other members on the team or the manager, I’d be a part of the meeting to make sure I had everything to go forward.

Every two weeks, we’d have Sprint meetings.  Sprint meetings in software engineering allow for more long-term planning, typically two weeks away from where you’re at.  We assign projects and tickets to each member of the team and hopefully by the next sprint, all tasks are completed. They almost never were though because Jibo was a start-up, and start-ups demand that everyone take on more than what falls into their realm of responsibility sometimes.  That’s okay though, because it was always fun and felt great to know that I could be responsible for more work than the team expected from me!

While on co-op, what project(s) were you a part of, or something that you worked on, that has inspired you?

At Jibo, I was a part of the Build Tools team.  Build tools I’ve learned are an important and valued discipline in Software Engineering because it gets the products built, deployed, shipped, and its version number is incremented and ready for the next build.  A lot of software exists to help make that process easier, and only require a script from the programmer to tell the build what to do.  At Validity, I wrote the company’s first automated build script on my own, because I did a lot of work similar to it at Jibo.

At Jibo however, we needed to automate the entire process, which was incredibly complicated.  Because Jibo was a robot built with custom hardware that was being turned into its own platform, my mentor and I were responsible for creating the entire build process to communicate with the robot.  A software service would not be able to do that.  Learning all about what went into a “starting-from-scratch” automation process to deploy software was a life changing experience that made me appreciate the industry side of software building because while writing code, you need to make sure that all of the libraries you choose will work together smoothly.

That project specifically took almost a month for us to complete. I realized how special that was while I was writing my build script at Validity, because it took less than a week’s time.  It felt pretty incredible to know that I not only knew all of the behind the scenes build process, but I was able to get it done on my own and thoroughly explain it to someone else properly.  I eventually became someone who was a go-to for questions about build software like Jenkins and CircleCI at Validity because of that, which felt amazing!

What was the biggest lesson you learned on co-op?

The biggest and most valuable lesson that I learned is that I can do it, and that I am capable. That might seem like a ridiculous answer, but it’s true. I was terrified going to my first co-op at Jibo, especially since the only “professional” experience I had ever had was in a completely different industry. I had to start over and be a beginner all over again in an industry I knew almost nothing about. I was lucky enough to have an incredible mentor who was also a phenomenal teacher and incredibly patient with me when I needed things explained more than once, but he always gave me all of the credit for whatever I’d figured out. By the end of my co-op, I was given tasks with hardly any instructions and at Validity, it was a lot of the same. It felt amazing being relied on and becoming someone who people could eventually ask questions to about their own work.

What advice do you have for students interested in software engineering?

Dive in and go for it! I was a hairstylist who was frustrated to be stuck in one place because my clientelle was built and established and you can’t bring them with you if you want to pick up and move to a different town, never mind a different state. Software engineering provides open doors almost everywhere, especially in bustling, big cities where there are a lot of companies working on really cool things!

Jibo was a social robot who would talk to us and say things like “Hi, I’m glad you’re here.  If you weren’t, I would be talking to myself right now”, and he was able to do that because of the software that my mentor and I had pushed up to him ourselves.  Everything that he’d say or do was because of the work we put into it. At Validity, I alongside another software engineering co-op, collaborated on creating and building a brand new website for their customers to keep track of their email accounts, in addition to many other projects like my build script.

Even though the two companies were vastly different, I got to work on projects with similar libraries and languages to allow me to further develop my own skills to carry with me wherever I’d end up next.  Right now, I am taking advantage of all of the Python skills I learned at both co-ops in two of my classes.  Prior to my co-ops, I had never worked with Python before.

My point is, do it. Just do it. There’s no better feeling in the world than solving a problem on your own, you feel like a wizard sitting at the computer. Seriously. If you want to learn how to write code, go for it.  It will be hard, but it’s so worth it. I love who I see when I look at myself in the mirror now, knowing that I am about to graduate with a new found career path and passion, and I did it all for myself.  Everybody deserves to know what that feels like.  Do it!

Thank you for sharing your experience with us, Sarah! Be on the lookout for our next #WITSyourcoop feature. If you would like to share your search process, co-op experience (positive or not-as-expected), or have any questions about the co-op process, please email us at coopsandcareers@wit.edu. 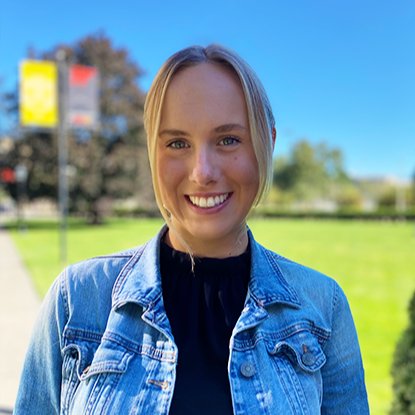 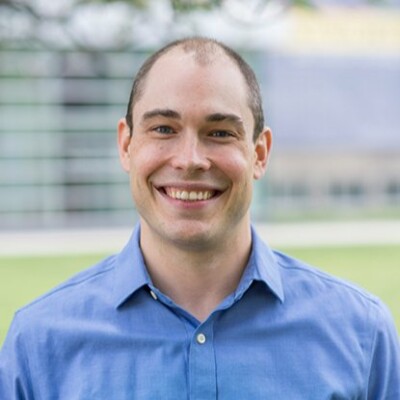